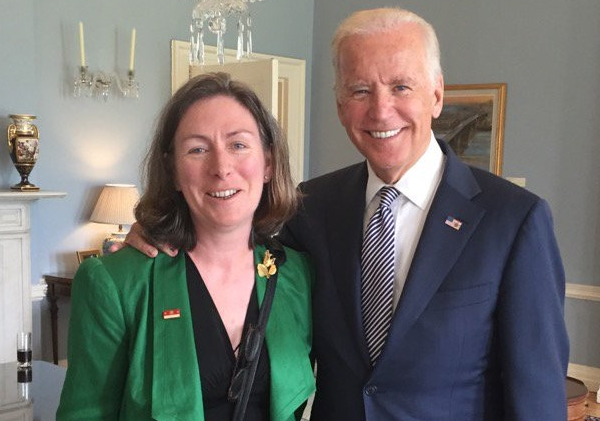 THE former US vice-president Joe Biden and David Joseph Donald Kearney, father of Irish rugby’s Kearney brothers, are fifth cousins, related through their Finnegan and Kearney ancestors on the Cooley Peninsula in Co Louth.

The ancestors Joe and David have in common are the siblings Patrick, John Jnr and Anne Kearney, who were born c1780s-90s. Patrick appears to have been the older brother, because the family’s property and land interests were in his name and passed by descent through
his male line.

In Ireland land is often better documented than people, and property inheritance can be a reliable way to trace direct living descendants that remain on the land. The Kearneys lived on a land-holding known locally as Maranatragh. The name is from the Irish “a mharadh na trá” literally, living on the edge of the sea. This holding was a sub-division of Templetown townland.

The Kearneys were subtenants on the Townley Hall Estate, owned by landlord Blayney-Balfour. After 1760 they sub-let the salvage rights on this coastal strip. Estate maps show this section of the seashore juts into the sea like a hook and catches seaweed and salvage washed up on the beach.

The Kearneys harvested the seaweed, and sold it to their neighbours. Seaweed contains nitrogen, and is a very effective manure so in earlier times it was gathered, dried and sold to farmers as a commodity. Kearney’s free enterprise didn’t escape their landlord’s attention. We found a comment from Blayney-Balfour in the Estate records complaining bitterly:

“… the wreck of the sea… has been for many years leased to Carney, undertenant… He sells the manure of seaweed to other leaseholders at the rate of 8 shillings per hundredweight [112 pounds or 8 stone]… for which nothing is paid to me.”

At that time Blayney-Balfour lived in palatial splendour in Townley Hall, outside Drogheda. In 1813, Mary Kearney, daughter of John Kearney of Marantragh, married John Finnegan of Templetown, Co
Louth. This couple are Joseph Biden’s great-great-great grandparents.

In 1832 John Kearney Jnr’s son Patrick Kearney of Maranatragh married Ann Murphy — these are the great-great-great grandparents of Rob and David Kearney.

Interestingly, even before the family connection was documented, some of the Louth family knew about it. Ann Kearney Quinn, a school-teacher in the Gaelscoil in Dundalk, volunteered that in 2008 her late father — John Kearney, a retired head-master — told her Joe Biden was a cousin through the Kearney and Finnegan connections.

Want to find out more about the amazing work the Irish Family History Centre do? Click here to find out how you can discover your Irish roots! 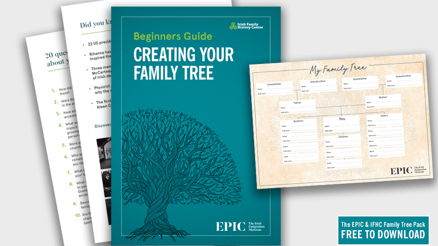