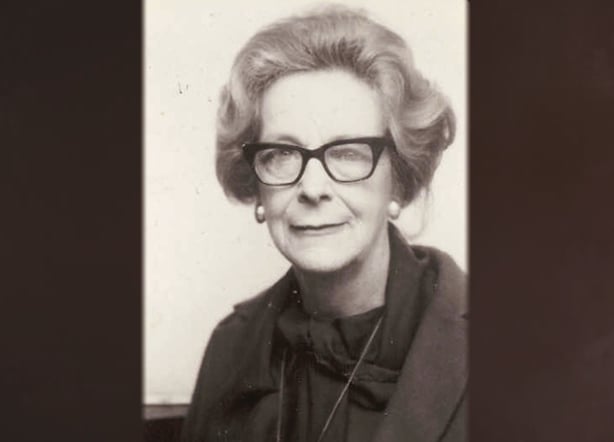 The first female stockbroker in the world, joining the Dublin Stock Exchange in 1925

Una Mary Irene Keogh was born in Dublin in 1903 to Joseph Chapman Keogh of Wicklow and Annie Kathleen Doyne of Mullingar, a middle daughter of eight children. Her father was known as the youngest bank manager in Irish history in the 1880s when he took on the job at age 24. Keogh Got her education in the Catholic girl's school at St. Mary’s Priory, Warwickshire and Alexandra College Dublin as well as spending time studying in the Metropolitan School of Art.

From 1922 Keogh spent two years of travel around Africa and Europe with a governess. After she returned to London to study she got a job offer from her father to work with Joseph Keogh and Company Stockbroking.

No stock exchange had ever had a woman working in one before and the suggestion was not completely accepted. But Ireland had a new constitution which guaranteed equality and there was no reason to reject Keogh except for her gender. With her education and wealth, she was fully qualified for the role. It took three weeks to be discussed and voted on but 4 May 1925 she joined the stock exchange. She worked there for fourteen years. It was 42 years before the next woman was admitted to a stock exchange, Keogh experienced typical difficulties of being the only woman in a male-dominated industry.

In an interview in 1971, she said: One of the disadvantages in those days was that women did not socialise with men in lounges of pubs. When the men retired to Jury’s to relax after transacting business I could not accompany them. And even when I went to the races with my father it was the same. He would go to the bar for a drink, I would have to slip off for afternoon tea.

Disagreements with her father encouraged her to take some time off and visit her sisters Eta and Genevieve in Hampshire in England. It was there she met her husband.

Keogh married Russian émigré Bayan Giltsof. When she married Keogh resigned from her father's company but not from the Stock Exchange. She gave them notice of her new name and status. However, initially, she moved to Taunton, Somerset, England with her husband. There they began a building business and developed Tudor houses. She had a daughter Tatiana born 1935 and two sons Rurik, in 1937 and Nicholi 1939. Her fourth child Bayan was born in 1945. After her father's business went bankrupt, there was a court case involving one of his creditors. Keogh had lodged shares with a bank which was now claiming that they were owed against the company debts. Her father had not removed her name from the company documents and Keogh was found to owe the money, and thus also the court costs.

The family sold up the British home and moved back to Ireland. They bought land in Wicklow and created a set of houses known as The Russian Village, Irish President Cearbhall Ó Dálaigh retired there in 1976. In 1952 the family moved again to Ontario but they returned to England in 1953. Shortly after this, the couple separated. Giltsof returned to Wicklow until his death in 1977. Keogh moved with her daughter's family to Madrid. There she taught English in an international primary school. 1980 saw her return to Dublin with her daughter after her daughter's husband died. Both women died within eight days of each other in 1989, Keogh preceded by her daughter. They are buried in the family grave in Deansgrange Cemetery.