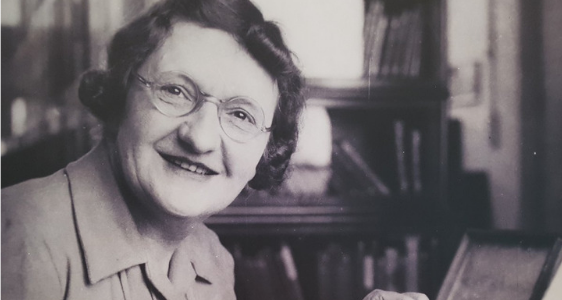 Why is it that so few people know of Cynthia Longfield? She is by far one of the most interesting Characters in Irish emigrant history. Not only was she a skilled entomologist – a scientist who studies insects - and a seasoned world traveller, she also had what is probably the coolest nickname ever: Madame Dragonfly. In that old hypothetical dinner party scenario, Cynthia Longfield would most definitely be on my list.

Longfield was born in London to Anglo-Irish parents in 1896. Though she was born in England, she spent much of her childhood in her family’s home at Cloyne, Co. Cork. It was here that her interest in nature was fostered. She would spend her time, like most children, wandering the countryside, noting the insects, flowers and other critters as she went. She had an innate interest in the sciences from a young age, citing Charles Darwin as an important influence throughout her life. Longfield wrote that reading about his theory of evolution and his Beagle voyage inspired her to learn more about the importance of travel and fieldwork in science.

The Longfield family were devastated in 1920 when their ancestral home was burnt down by rebels during the war of independence. Despite their Anglo roots, the family considered themselves Irish and it was a huge blow for Cynthia’s father. Perhaps this incident is what spurred a restless Cynthia Longfield to leave and travel the world. Her first overseas tour took place in 1921, when she journeyed through South America, from the Andes to Lake Titicaca. This only furthered her love of the natural sciences and fascination with entomology.

In 1924, Longfield continued her adventure aboard the St George as part of a scientific, 18 month long expedition. It was a chance for Longfield to follow in the footsteps of her hero Charles Darwin, as the St. George was planning to travel the same areas that the Beagle had. Along the way, just like Darwin, Longfield collected various specimens. Moths, beetles, dragonflies and butterflies- Cynthia Longfield collected a veritable selection of creepy-crawlies for the benefit of the Natural History Museum in London, hacking her way through the jungles of the Galapagos with a machete to get them.

Upon her return, Longfield joined both the Entomological Society of London, becoming the first woman to do so, and later the London Natural History Society. She was elected the president of the latter society from 1932-1933. She became a volunteer at the Natural History Museum, she was lucky that her personal circumstances meant she could do so unpaid. She was a cataloguer primarily responsible for the museum’s extensive dragonfly collection and she was fortunate, as she spent about 30 years of her life being able to travel the world, hunting for new specimens to add to that ever growing collection.

Her expeditions included the Galapagos Islands, South-East Asia, Kenya, Uganda, Rhodesia (now Zimbabwe), and South Africa, all the while collecting countless dragonflies, moths and other bugs. In 1934 while in South Africa, she identified six completely new species of butterfly and dragonfly. She left Africa in 1937 for the sake of her health after contracting Malaria and by the time she was better, the Second World War had broken out, limiting her ability to travel anywhere. The advent of war did little to quell her devotion to science and natural history however. Even as a fire marshal in the Auxiliary Fire Service, Longfield ensured that the Natural History Museum was tended to after being bombed during the blitz.

In 1937, Longfield published her book “The Dragonflies of the British Isles”. The book quickly sold out and Longfield was nicknamed “Madame Dragonfly”. She retired to her ancestral home at Cloyne where she died at the age of 96 in 1991. Cynthia Longfield was the primary authority on Dragonflies in the world. Thanks to her extensive travels, she was probably one of the most brilliant entomologists to have ever lived. In her lifetime, two species of dragonfly were named after her. She was a formidable source in the field of natural history and science and her influence did not go unnoticed. There is no denying that Cynthia Longfield is a truly inspirational figure for any budding scientist out there. 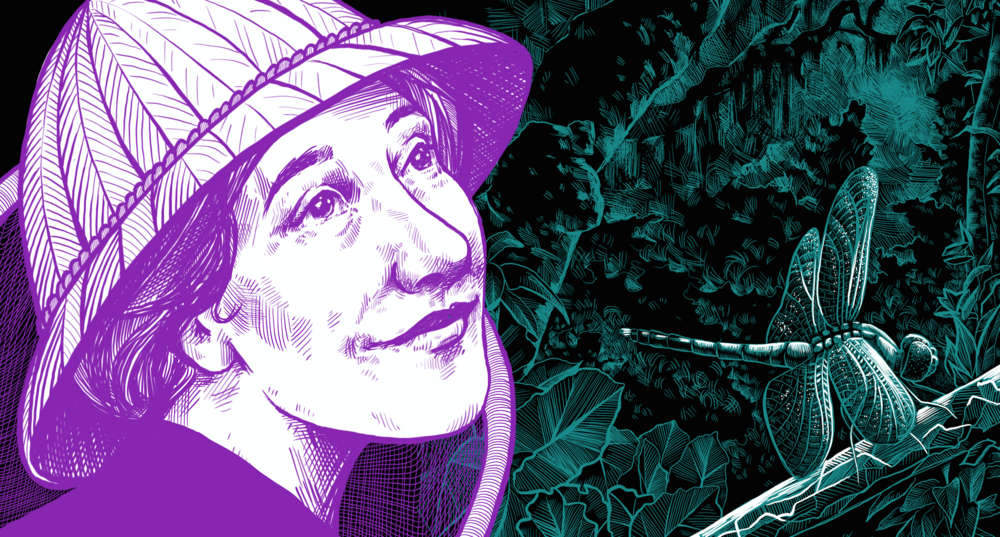