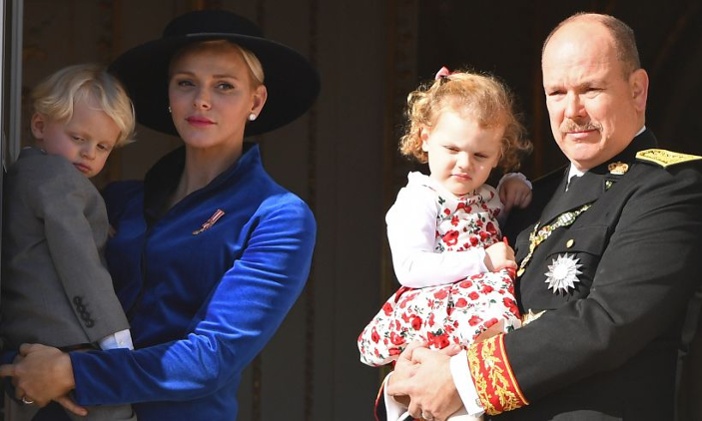 The princess, born Charlene Wittstock, swam for South Africa in the 2000 Olympics. She married Prince Albert II, the son of the Irish-American film star, Grace Kelly.

At a time when America was newly discovered, and Ireland a remote island on the edge of Europe, the Fagan family sailed seas and oceans to trade in iron, wines, spices, jewels, timber, animal hides and provisions.

In Dublin, two Fagans served as Lord Mayor and were key movers in the development of the city. In the 1500s the family became immensely wealthy through international commerce. They reinvested their profits in lands close to the city, and provided finance to the Irish crown government. By 1600 they controlled more than 5,000 acres in Dublin county. They also owned the city’s deep-water port at Bullock Harbour in Dalkey, which remained the main port of the city until 1790.

Between 1580 and 1652 the Fagans steered a careful path through the minefield of Irish politics, and held fast to their Catholic faith — and their lands. During this period Princess Charlene’s ancestors made enduring contributions to the development of Dublin, still visible today.

Want to learn more about how you can start researching your family history? Click here to read the Irish Family History Centre's 12 tops tips and advice on how to begin exploring your Irish ancestry.

In 1592 Richard and Christopher Fagan were key figures in the foundation of Trinity College; and in the 1660s Christopher Fagan sold the ‘Manor of Phoenix’ to the Duke of Ormond, to create a royal deer park — which we know today as the Phoenix Park.

By the 1690s, religion polarised the Irish nation between supporters of the Catholic King James II and the Protestant William III. As an ‘Old English’ Catholic family, Captain Richard Fagan, and his son Christopher, sided with James II. After peace broke out, the Fagans were declared outlaws, and lost control of their rich estates in Feltrim and Fingal, in north county Dublin.

The family settled in Killarney, Co Kerry. After 1700 the Fagans spread out across the globe: they became merchants again, trading from Cork, with the West Indies and Philadelphia in colonial America. Some of them entered service in the French and other continental European armies.

The last of the Princess’s direct ancestors born in Ireland was her great-great-great-great grandfather, Christopher Sullivan Fagan, born 1781 and baptised in St Mary’s Shandon in Cork. He enlisted as a cadet in the Honourable East India Company Service and rose to be Major-General.

The Fagan name was preserved as a ‘middle’ name by the Princess’s grandmother, Sylvia Fagan Wittstock (1921-2015). The Fagans survived because they reinvented themselves every generation. They had an entrepreneurial spirit, and a willingness to try their luck in new places.